The third ship we went on while at Portsmouth Historic Dockyard was the HMS  M.33

This is a unique survivor of a British Warship launched in 1915 and is the sole remaining British Veteran of that year's bloody Gallipoli Campaign. 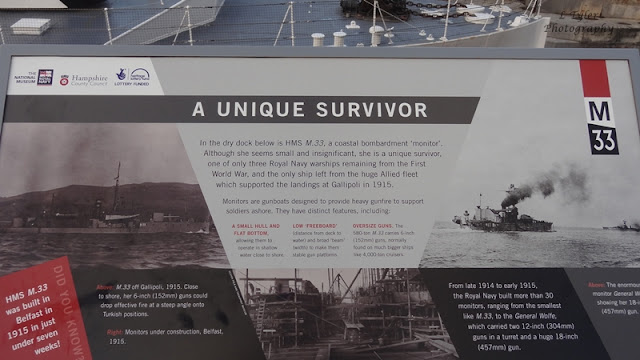 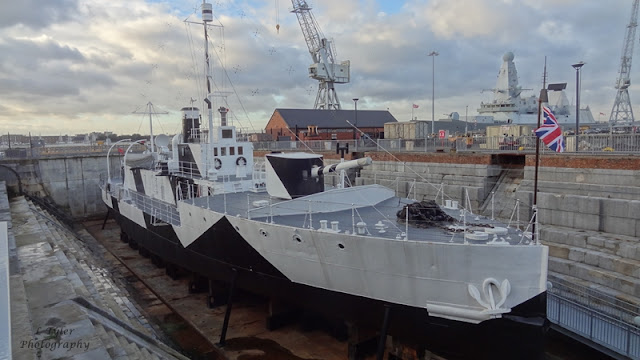 She has a flat bottom which enables her to go close to shore. 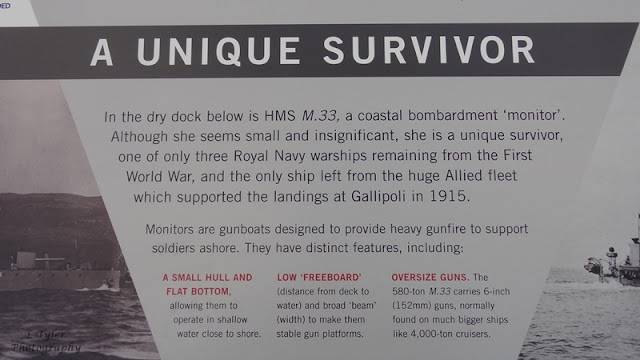 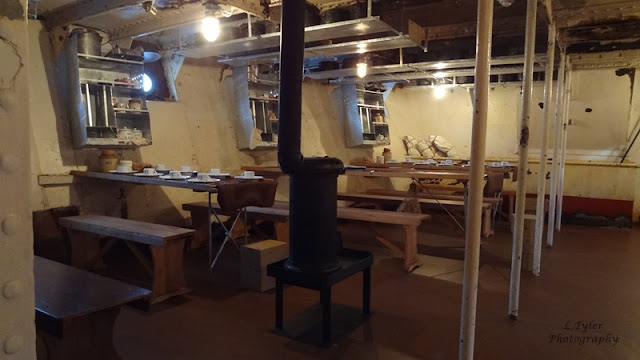 This is the mess where the sailors would have eaten and slept.  The tables on one side. 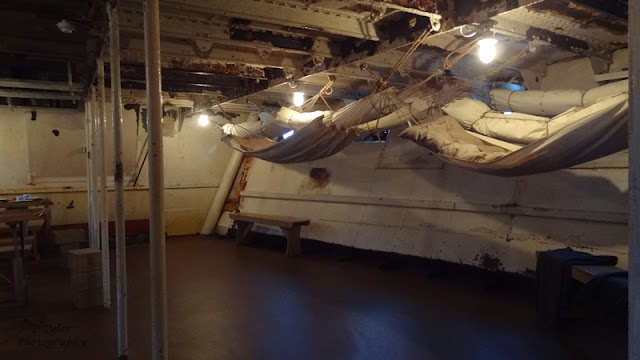 The bunks on the other.

Being made of steel it would have been either very warm or very cold  depending on the weather! 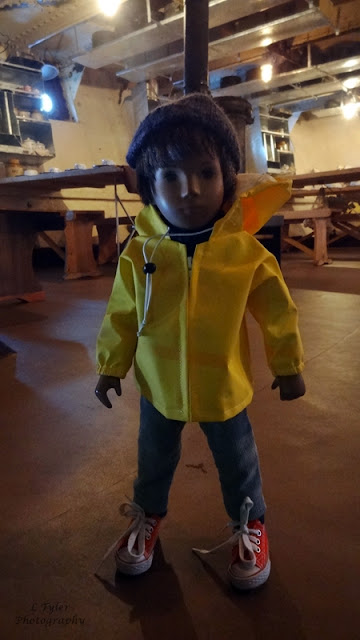 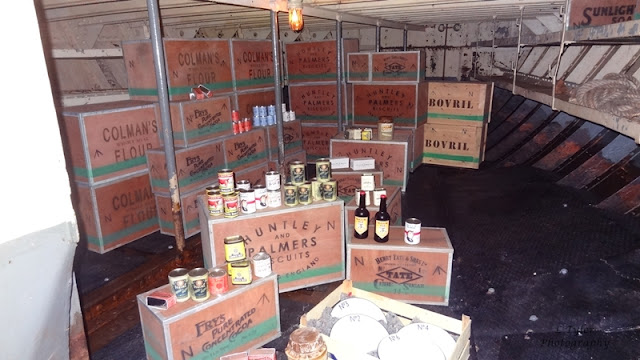 The types of food stores they would have had on board. 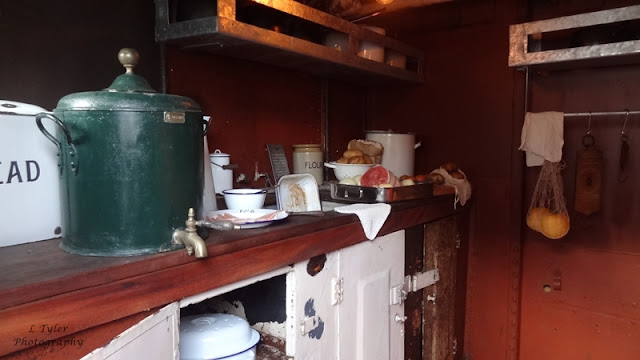 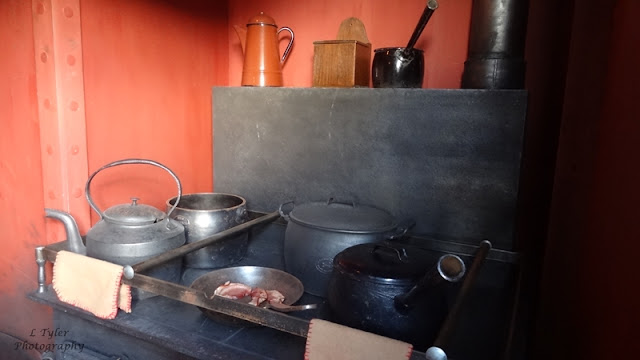 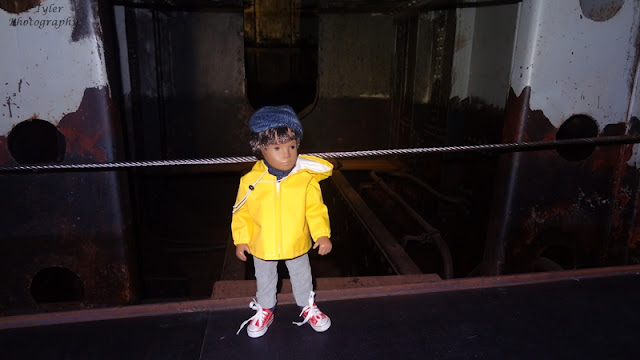 Here I am - you can see the ship pretty much exactly as it was. 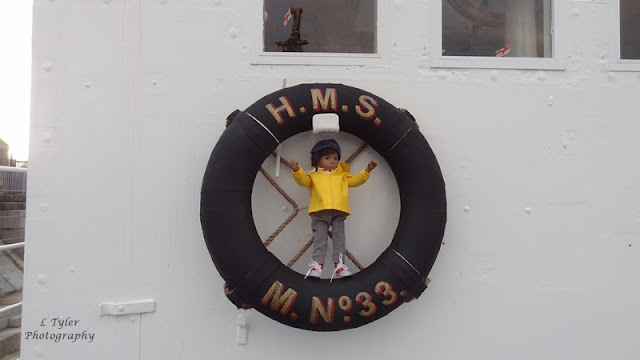 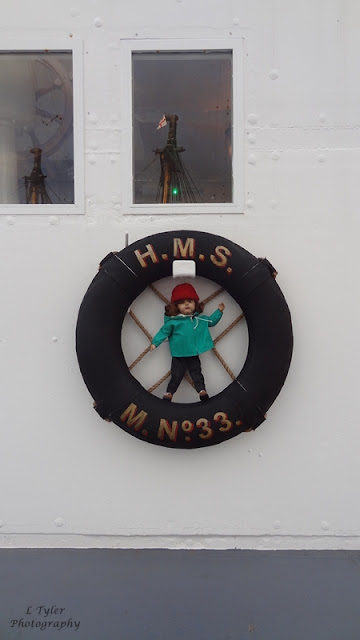 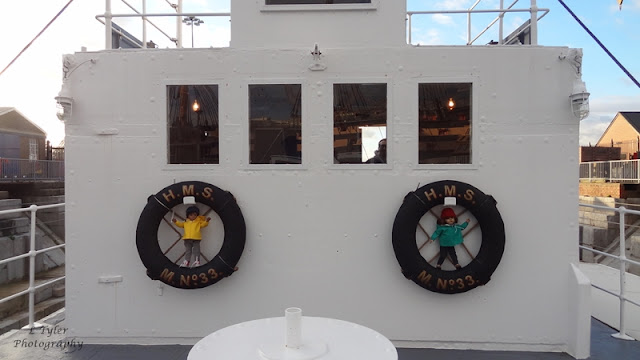 Here we both are! 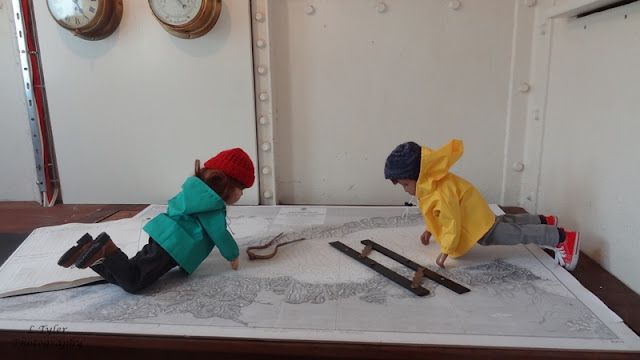 We study the charts 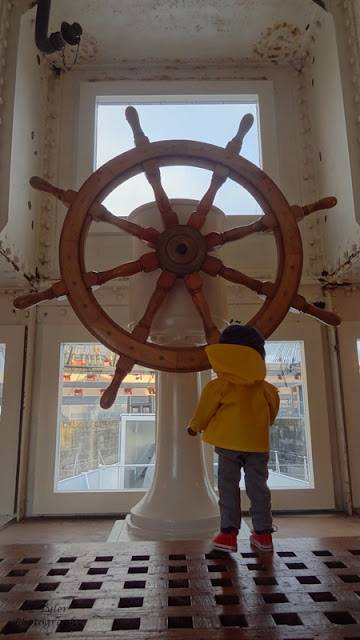 I have a go at steering 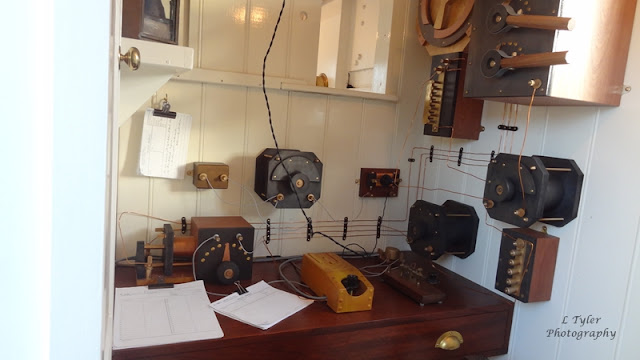 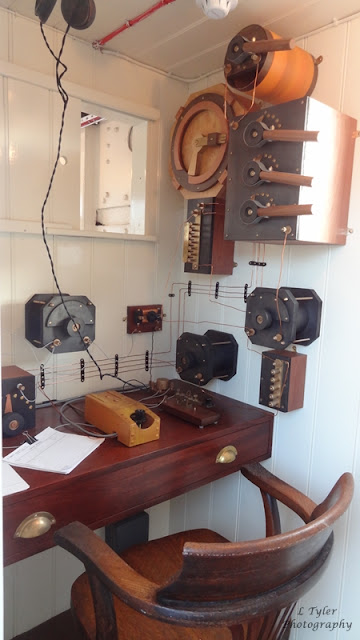 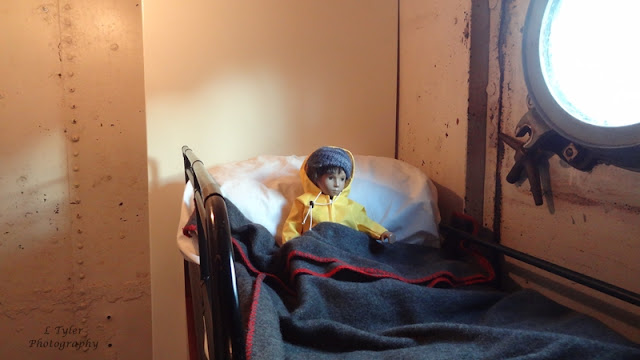 Trying out the bunks - it has been a tiring day. 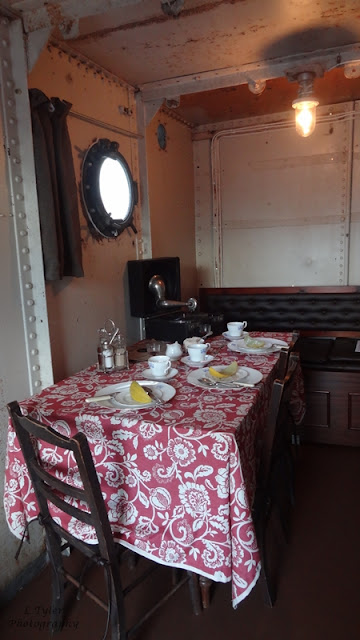 Another little kitchen area - just off from the radio control room. 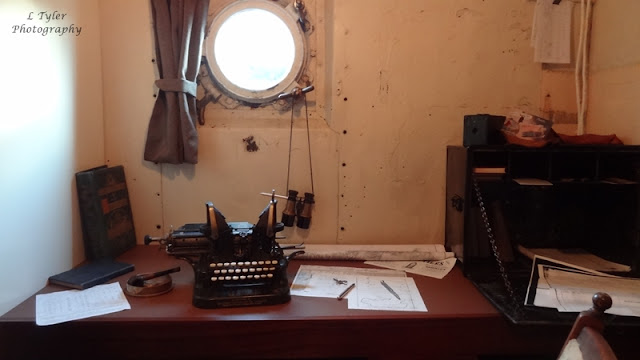 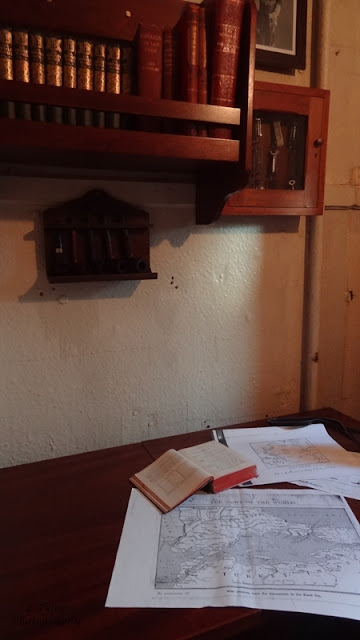 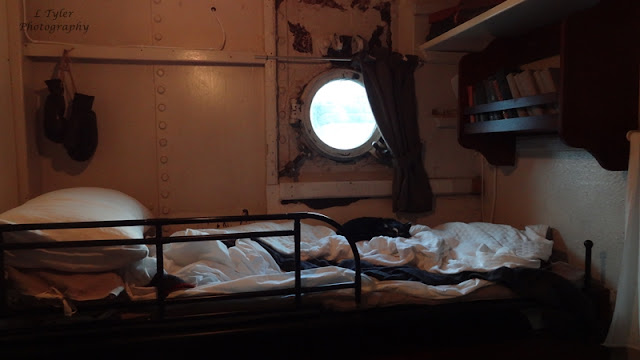 An untidy bunk!  Looks like they forgot to make the bed. 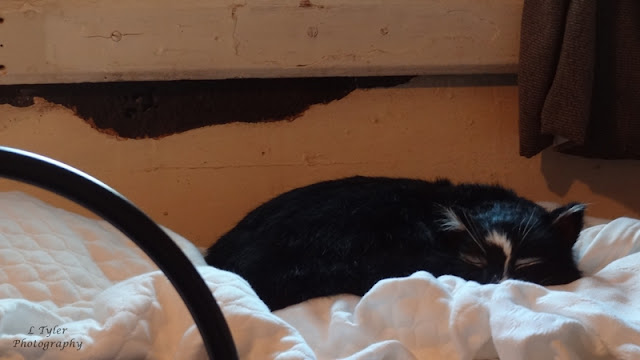 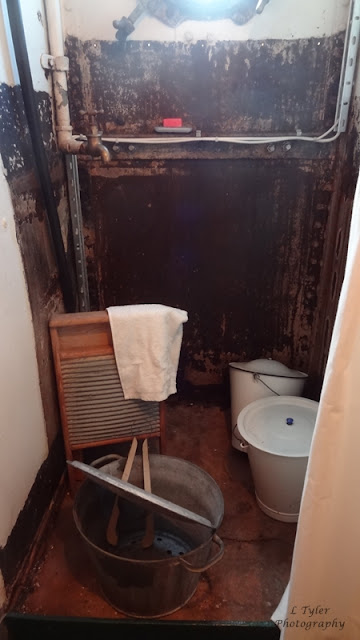 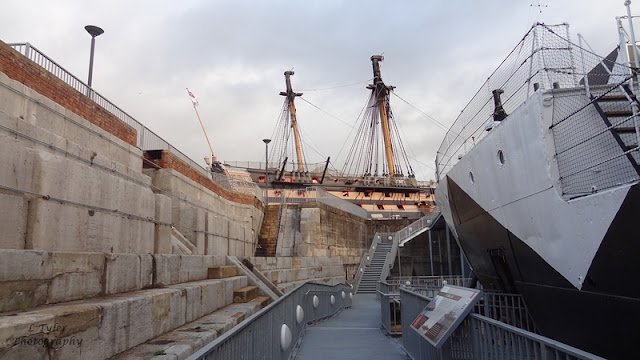 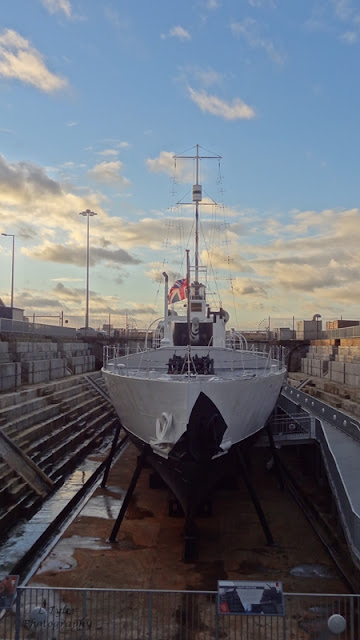 Wow we can see some blue sky as well. 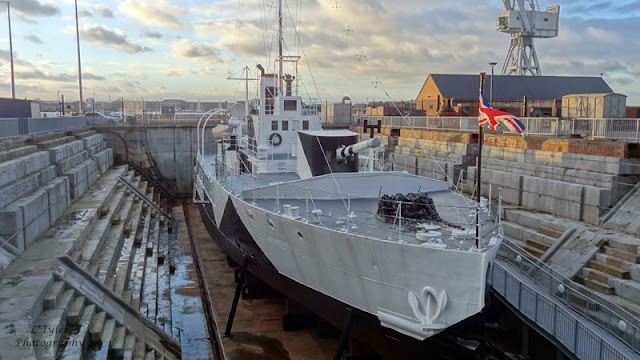 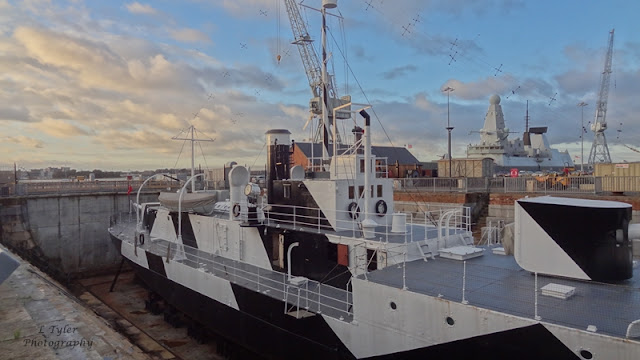 She has had an interesting and varied career since being built in 1915.  She was ordered in March 1915 and launched by May 1915 which is amazing!  Certainly an impressive feat of shipbuilding during that time.    She saw active service during the First World War and again in 1919.  She was used as a mine-laying ship, fuelling tank, boom defence workshop and a floating office! 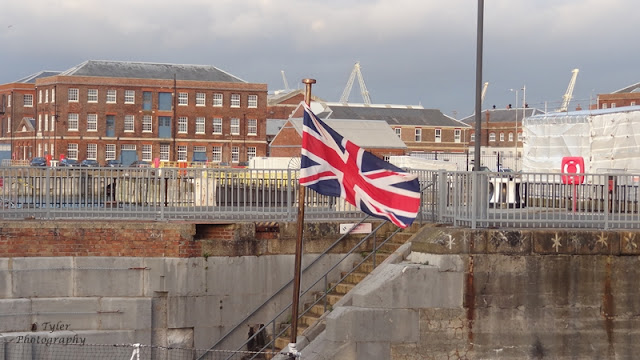 Of course there are also many museums and other things to look at, but we just ran out of time.  Our ticket is valid for a year, so hopefully we can go back in the spring when the Mary Rose is re-opened.