The boys get out to play!

It is damp outside but at least it isn't raining so the boys wrapped up warm and went outside to play. 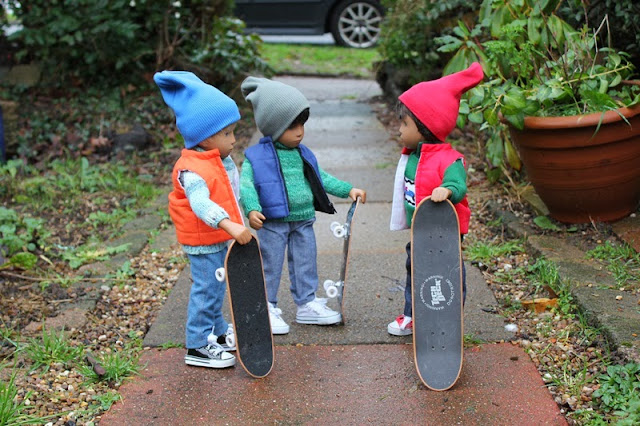 So is there anywhere good to skateboard around here Henry?  James asks.

Well we are allowed on the footpath as long as we are careful and it is fun as it is downhill.  Henry replies.  There is a skate park but we are not allowed there as it gets a bit rough.

Well sounds pretty good just hanging around here and seeing how fast we can go down the hill.  Emrys says. 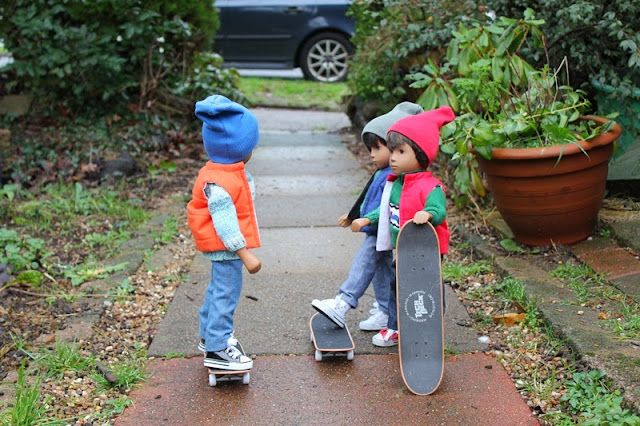 Emrys is the first to get on the skateboard.

Hang on James, I will get out of your way.  Henry says as he moves to give James room to get on his board. 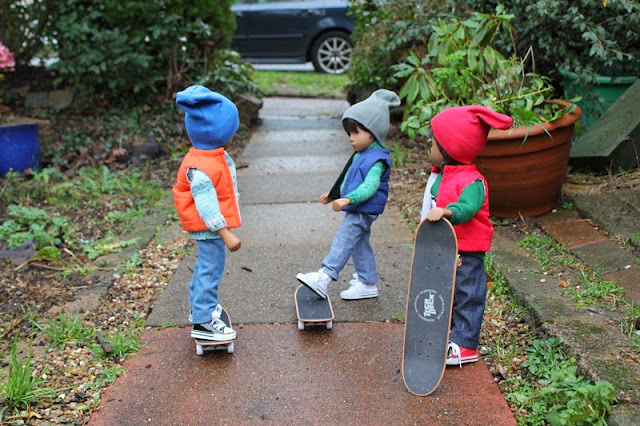 Henry moves out of the way and watches James as he gets on his board. 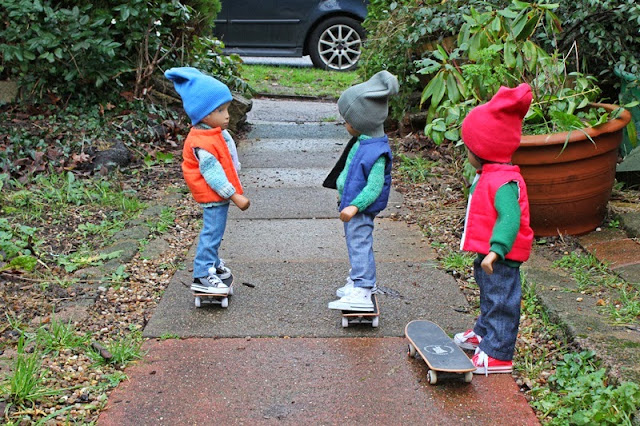 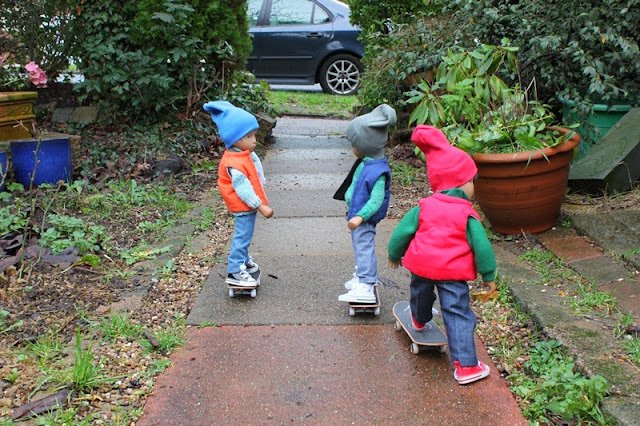 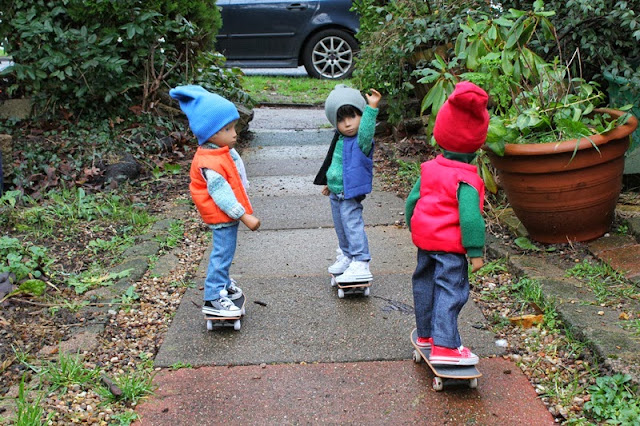 Yeah!  James cheers as Henry gets on his board.  Let's go! 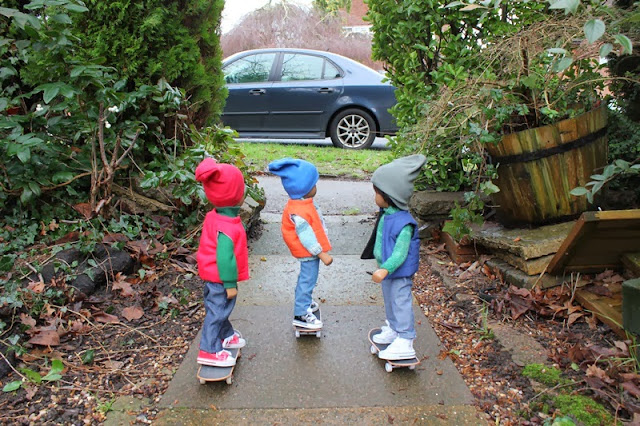 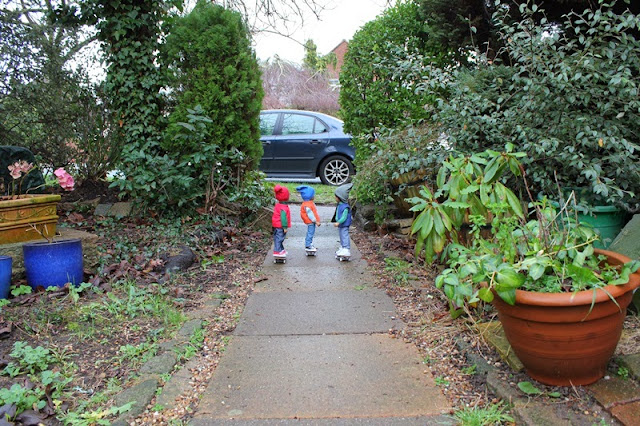 Their chatter becomes a distant noise, but I am sure they are discussing who can go the fastest! 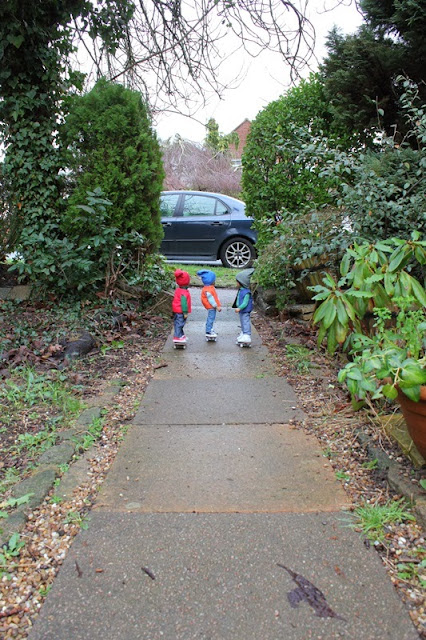 Let's hope there aren't any injuries to patch up when they come back inside... 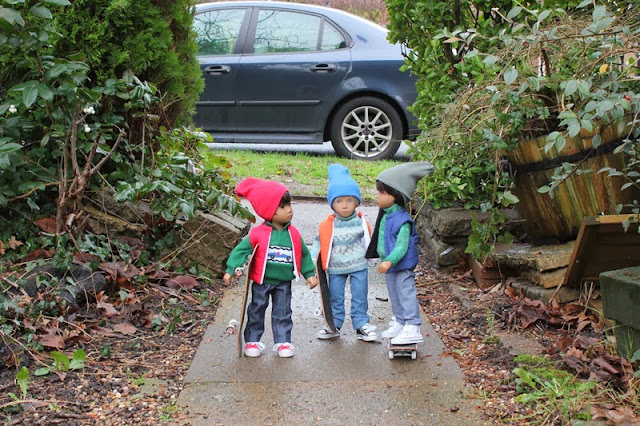 Tired and exhausted boys arrive back. 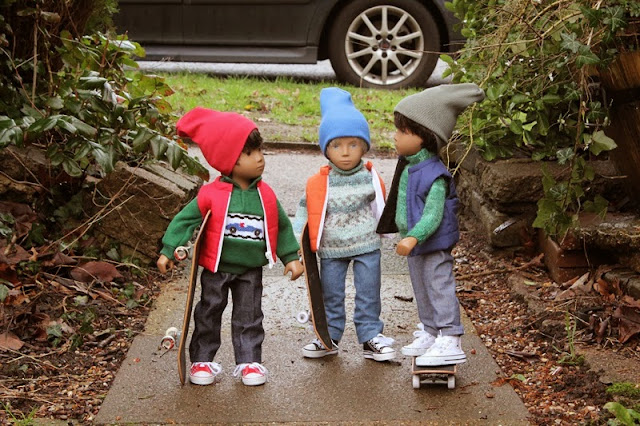 It seems Henry and Emrys have had enough of skateboarding although James is riding until the end! 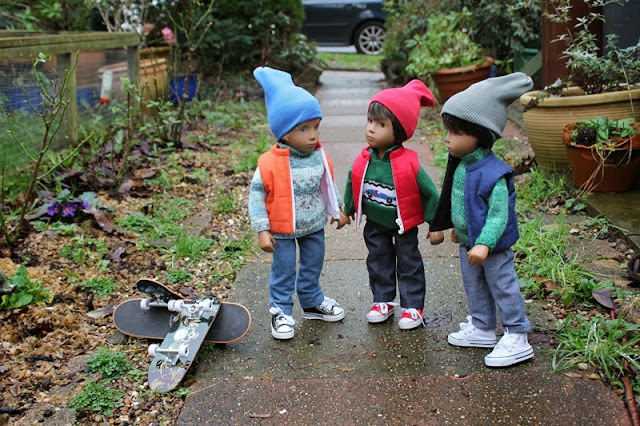 The boys 'dump' their skateboards and have a chat about what to do next.

How about a hot drink of Milo?  Henry asks the boys.

Sure that sounds great!  They reply. 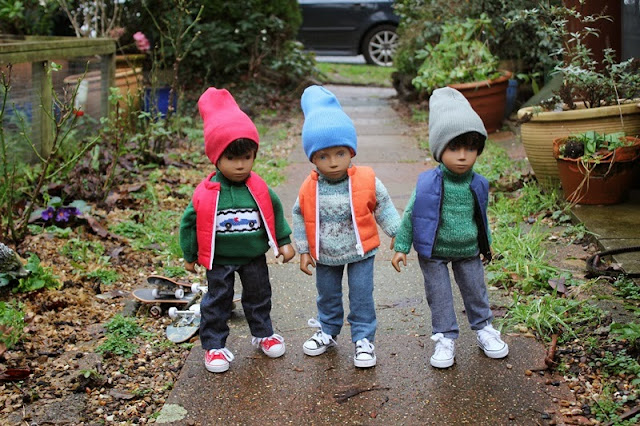 They start to come inside. 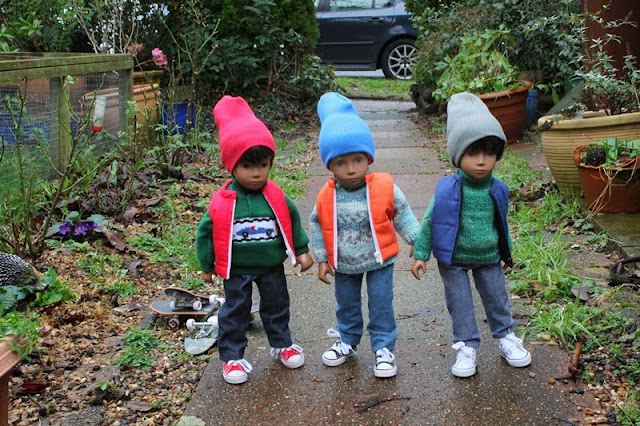 Ummm boys...haven't you forgotten something?

In typical boy style the skateboards are left unceremoniously in the garden waiting for the invisible fairy to bring them inside and put them away.

I don't think so!  She has gone on strike...leave the skateboards out there and there will be no hot drink!