Great news!  I have another guest. This time it is Ryder, he is German but has been living in the USA and he came home with me from the Festival.  He is going to stay a few weeks before he heads off back home. 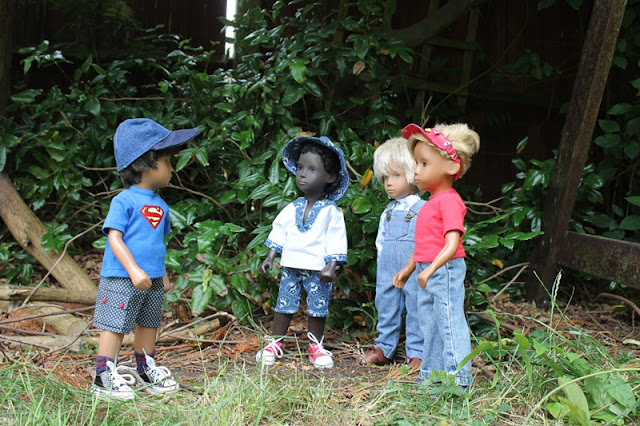 I introduce him to Caleb and Simon who are pleased to have another friend to play with. 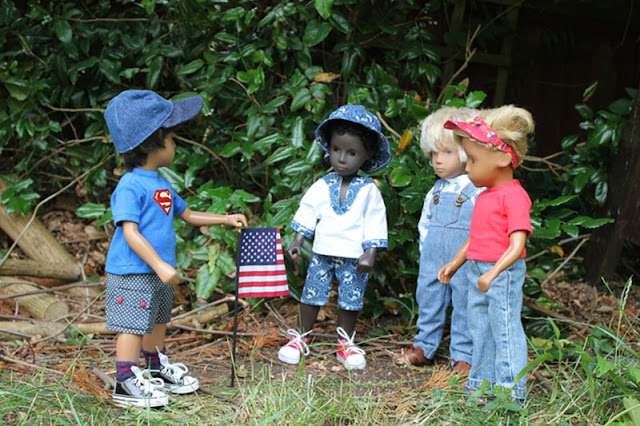 We decide to set up a 'Camp America' and I place the flag that I got while in the USA to show our campsite. 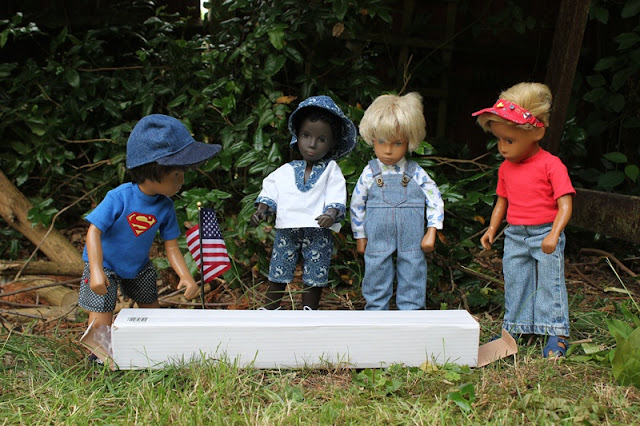 I show them the long box that Aunty Dorisanne gave me while I was at the Sasha Festival.  I tell them how lovely she is and how we must write to thank her, and my Mum has said she is going to get her some very special stamps to send as well. 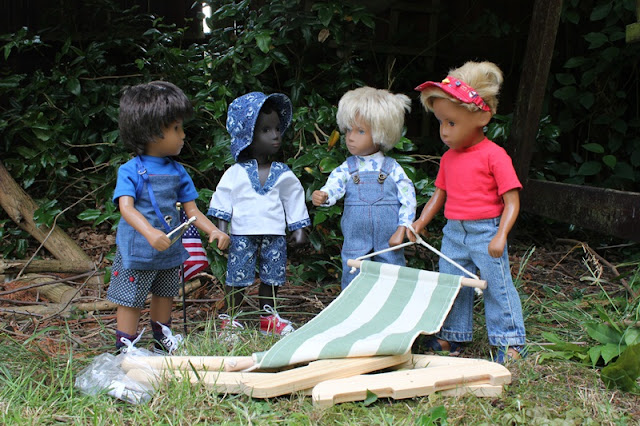 We unload all the bits to the box and I get out my work apron and pliers.

'Henry, you are not going to be able to put it together with pliers'  Simon tells me.  'You will need a screwdriver.  I'll go and get one for you'. 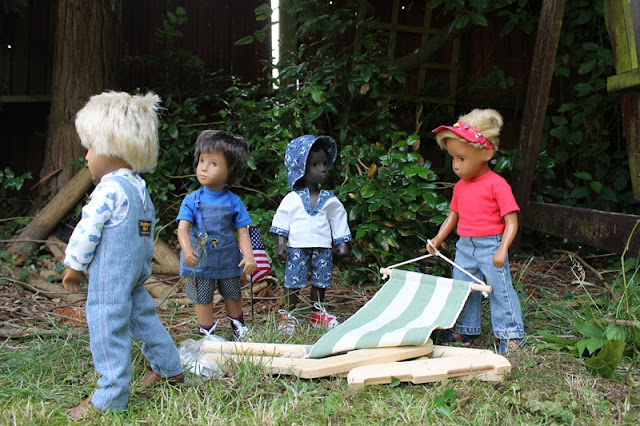 Simon goes off to find a screwdriver. 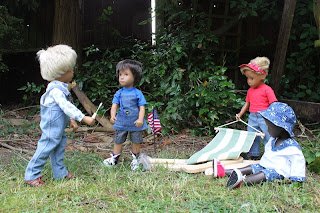 Before long he has returned with a screwdriver.

'That looks like Mum's sewing machine screwdriver'. I tell Simon.

'Shh, don't say it too loud she might find out'.  Simon says.

'Well don't forget to take it back and put it where you found it will you?'  I tell him. 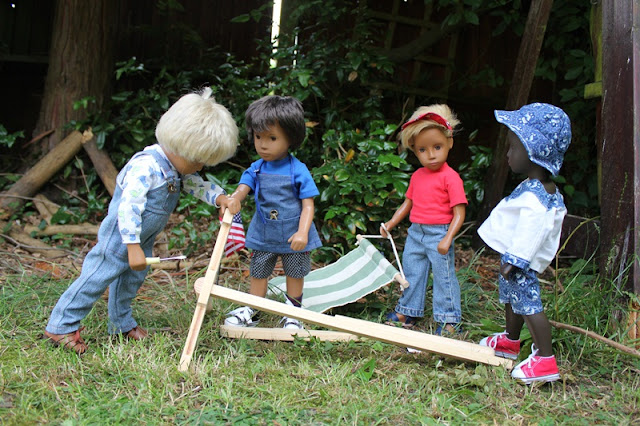 I help Simon hold it in place while he puts the first screws in and does them up. 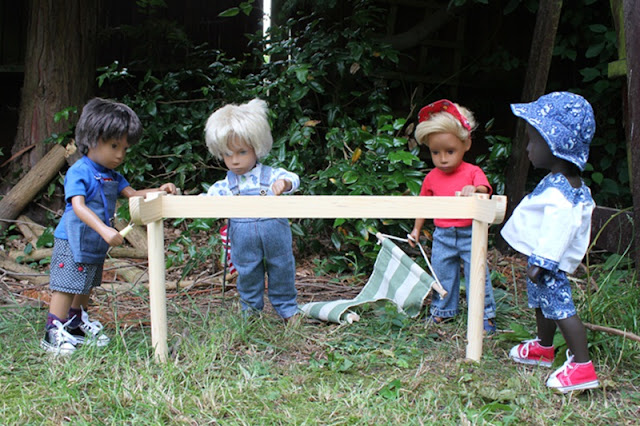 Ryder helps hold it up with Simon while I put in the last screws. 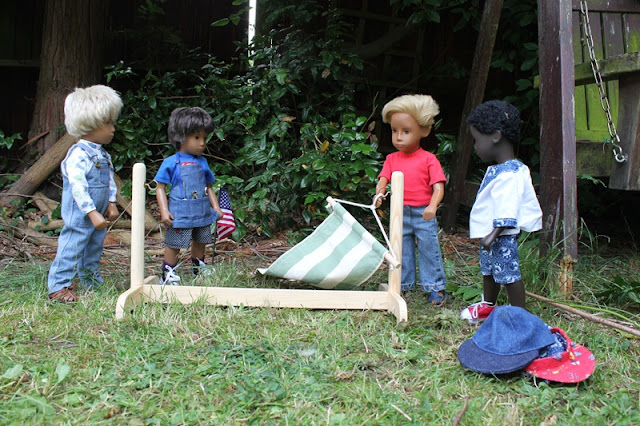 We flip it over and Ryder attaches the first end of the hammock.

'You can put the other side on', he tells me. 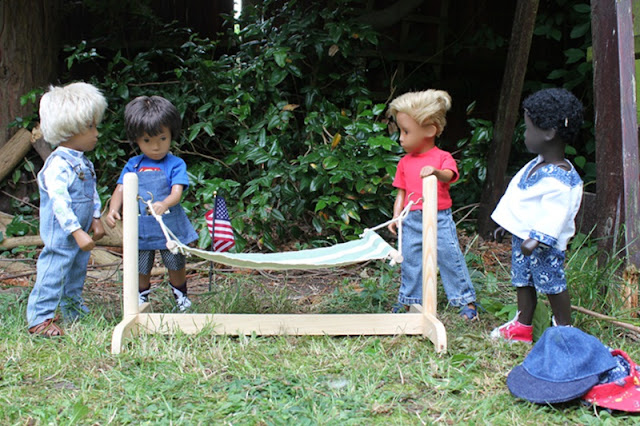 I hook the other end of the hammock on to the stand.  Doesn't it look good?!  We all admire it and decide who is going to have first try.  I suggest Ryder should as he is the guest. 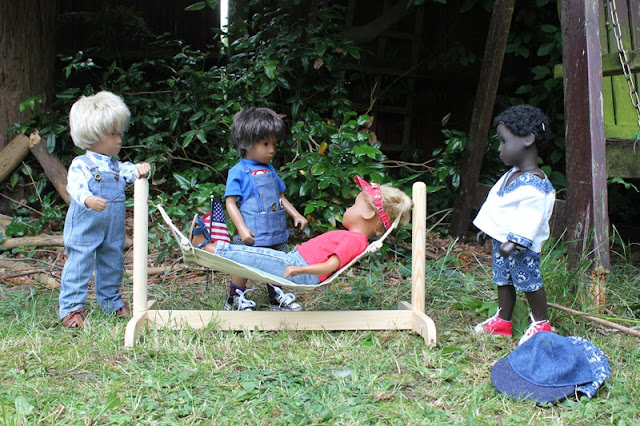 'It is pretty comfortable.'  Ryder replies.

We all take turns to try it out and then decide to play some games, after all that is what Camp America is all about...having fun! 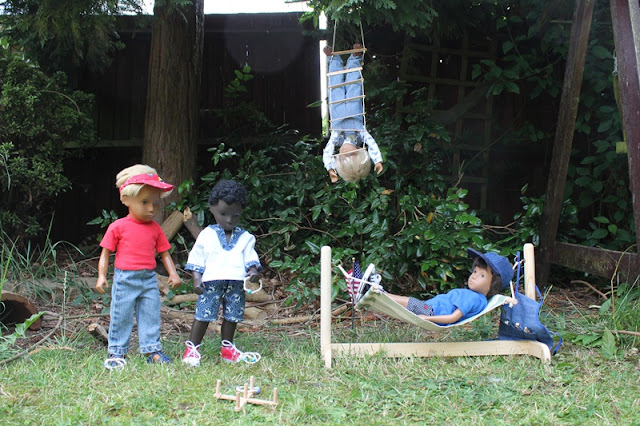 Ryder and Caleb play a game of quoits, Simon plays Tarzan on the rope ladder and I relax in the hammock watching the game. 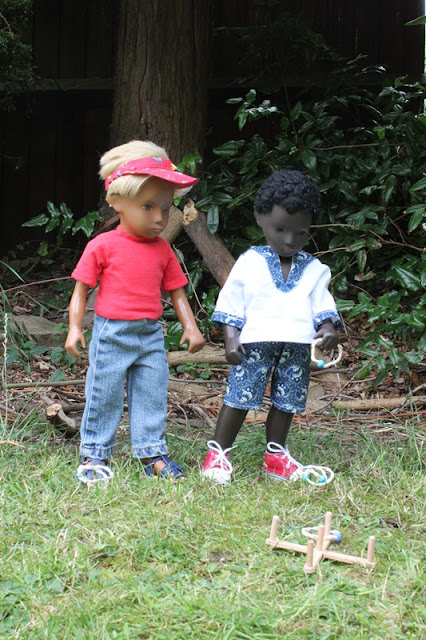 What a great game! 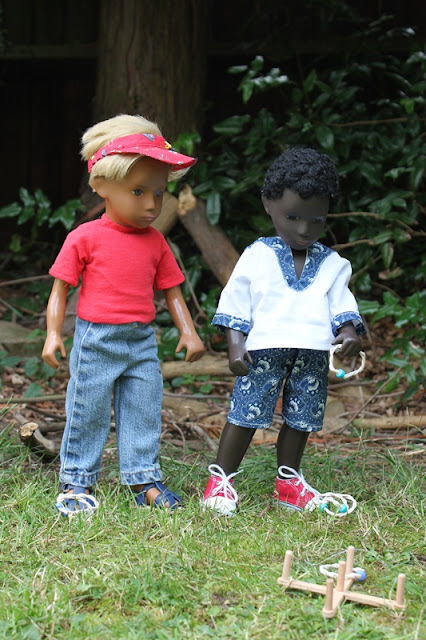 Ryder hasn't played this before and thinks it is great fun. 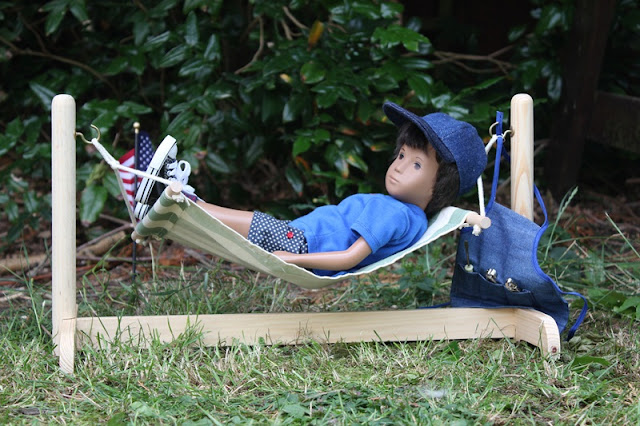 Personally after all the excitement of my trip, I am quite happy to just relax in the hammock and watch. 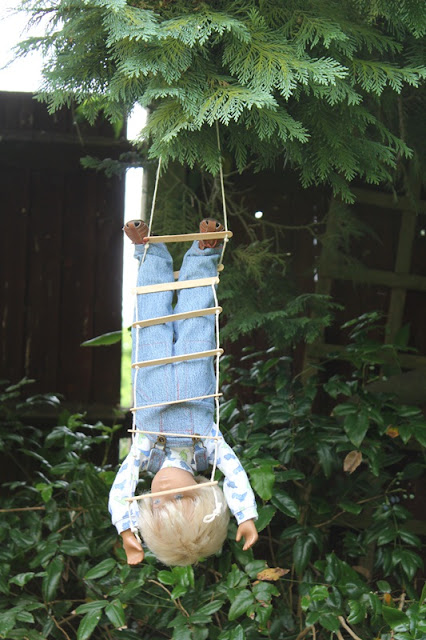 As for Simon....well there just may be the possibility he is stuck!